Pixel Oddity is the portfolio of Barcelona based Swiss designer Markus Gmür.
When he is not creating or illustrating in his studio, he is designing dog apparel for his own brand "Okidoggies", or recording songs with his indie band "Metrophobia".
He has worked in the music industry for many years, running his own  Magazine & Record Label, Popchild.com. As designer / Illustrator, he has worked for many companies, and international advertising agencies, including, Vodafone, Burger King, Gas Natural, Fujifilm, Instax, Educa, GQ, Público, S.C.P.F, Contrapunto, Revolution Publicidad, among many others.
He has worked for video games like Time Geeks, Crazy Bill, Gun's and bottles, Where is my Geek, Colneggs, and Jump to medieval. 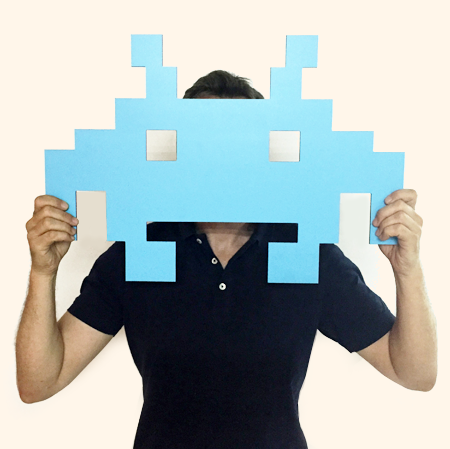